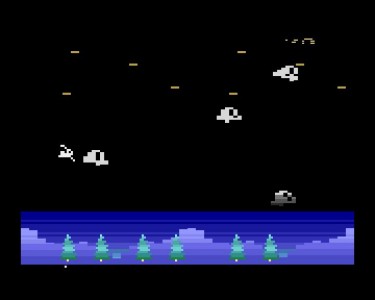 This was my first foray into coding for the Atari 2600 VCS. I had previously done some experiments with the NES, but never released anything. One nice thing about releasing this at Assembly was that everyone in the game compo got free pizza, sauna and beer courtesy of Rovio!

This game also ended up being included in The Byte Before Christmas cartridge in 2014.

Note that I have change e-mail since then.