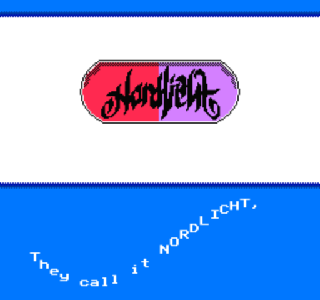 Invite for Nordlicht 2015. The most technically interesting thing about this one is the sprite compression used. Parts of it was written in 6502 assembly, compared to poNiES which was written entirely in C.